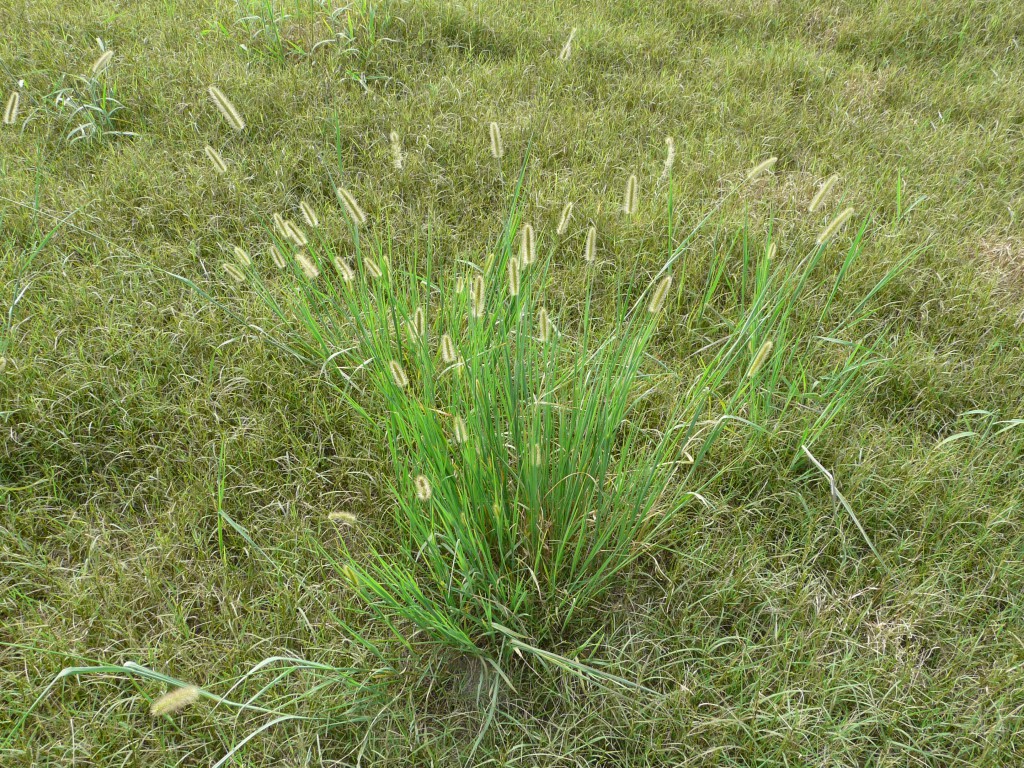 Across the state, foxtail in pastures and hay fields seems to be higher this year than in years past. The weather we have had this season could be the cause. Scout hay fields for this weed and DO NOT feed foxtail infested hay to horses, cattle, or other livestock. The awns can become impelled in the gums and tongue. These can get infected and ulcerated. 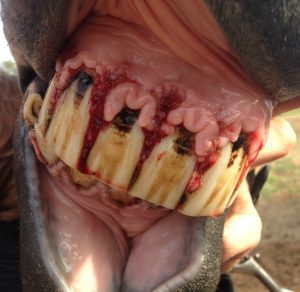 Awnes of foxtail cause ulcers and infection of gums in livestock. Photo by Dr. Lisa Williamson, UGA Vet School

UGA Extension Weed Scientist Dr. Patrick McCullough has a new publication on controlling foxtail. I’m going to summarize some of it here and the link is below.

The main thing is identification of species. There are 3 common annual species and 1 common perennial species. The difference in the annual and perennial foxtail is going to be the difference in control. The annual foxtails (Giant foxtails, green foxtails, and yellow foxtails) germinate at 60 degree soil temperature, grow vegetatively, set seed then die. The perennial foxtail (Knotroot foxtail) spreads by short rhizomes.

It’s not an issue for livestock to graze foxtail when its young and in the vegetative growth stage. Only when it matures is it no palatable and the awnes in hay can hurt horses.

Since most of our hayfields are Bermuda and bahia, we can use pendamelthin (Prowl H2O), same that we use for crabgrass control. We can either go a one shot high rate or come back between cuttings and get some more residual out. This is going to probably be our best option for controlling foxtail in grass.

This is where things get tricky. Both imazapic (Impose) and nicosulfuron+metsulfuron (Pastora) have activity on foxtail in Bermuda. The issues here is that imazapic severely stunts Bermuda and can lose the next cutting yield by 50%. Pastora is less injurious but also less effective for Bermuda. Keep in mind foxtails become more tolerant to herbicide applications after seedhead emergence.

What if foxtail is in bahia or millet? There is no selective post-emergent control. For these species, we can only use spot applications of glyphosate. 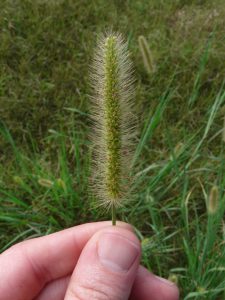 Foxtail seedhead, not all the way mature

If we have the perennial species of foxtail, both Pastora and Impose do not control knotroot. Research has shown that tank-mix of phyphosate with Pastora can suppress knotroot in the summer, but will likely have regrowth. For knotroot foxtail, we’ll have to do spot applications of glyphosate.

There is a lot more great information on this from Patrick… 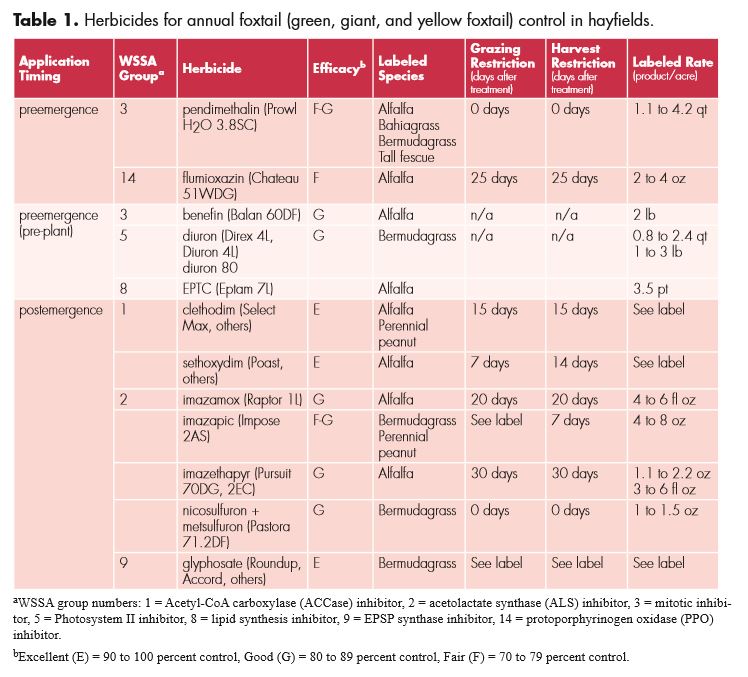