What a season it has been for our watermelons and cantaloupes. We are picking cantaloupes now and watermelons are starting this week and this weekend. Gummy stem blight has been the main disease we’ve fought this season, diagnosing it nearly every week for the past month or so. So far, anthracnose has only been seen in a few counties in GA. Growers have done very well getting ahead of downy mildew with the hurricane. So far it is still in Tifton in cucumber. We are now including powdery mildew in our fungicide rotation to get us through to the end.

It’s still been wet on the north side of the county this and last week, and this has led to some vine crash. We though we had phytopthora in a few fields, but it turned out to be pythium due to water in the field. Below is information from UGA Extension Pathologist Dr. Bhabesh Dutta about current watermelon issues:

Watermelon vine crash or decline has been reported from number of fields from different counties in southwest GA. Based on the county extension agents’ reports and also from the personal observations made by extension specialists (B. Dutta and T. Coolong), symptoms of vine decline are mostly associated with low-wet spots in the fields. However, we have been to number of fields where vine decline was observed on the high spots in field. There are couple of possibilities: 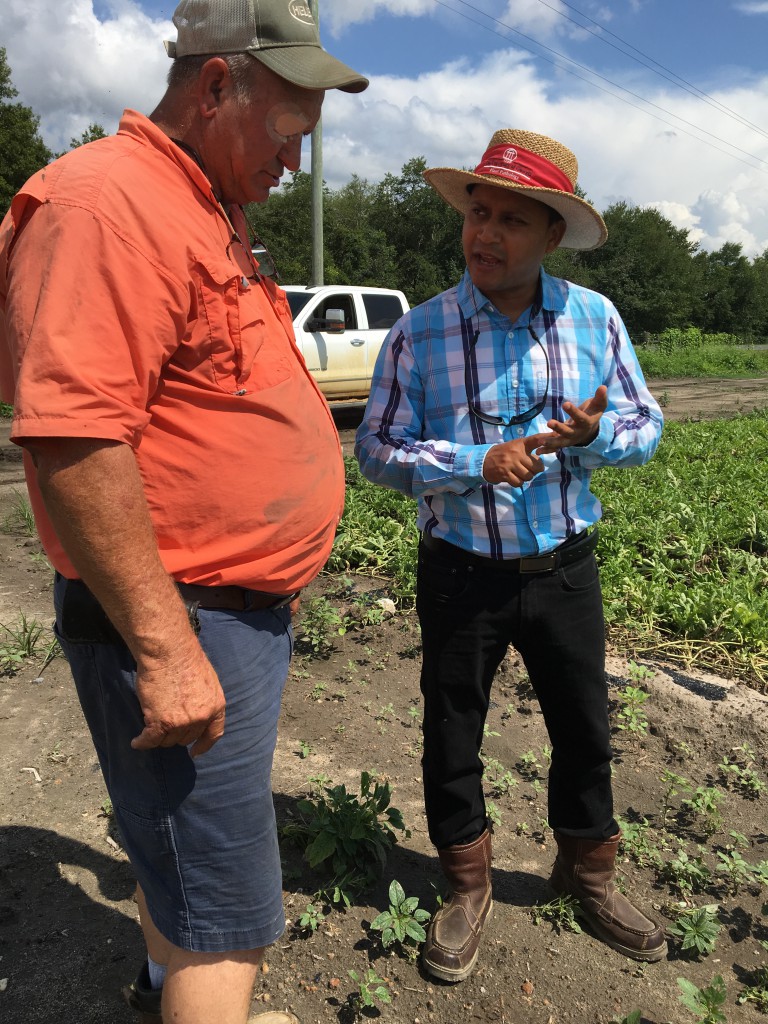