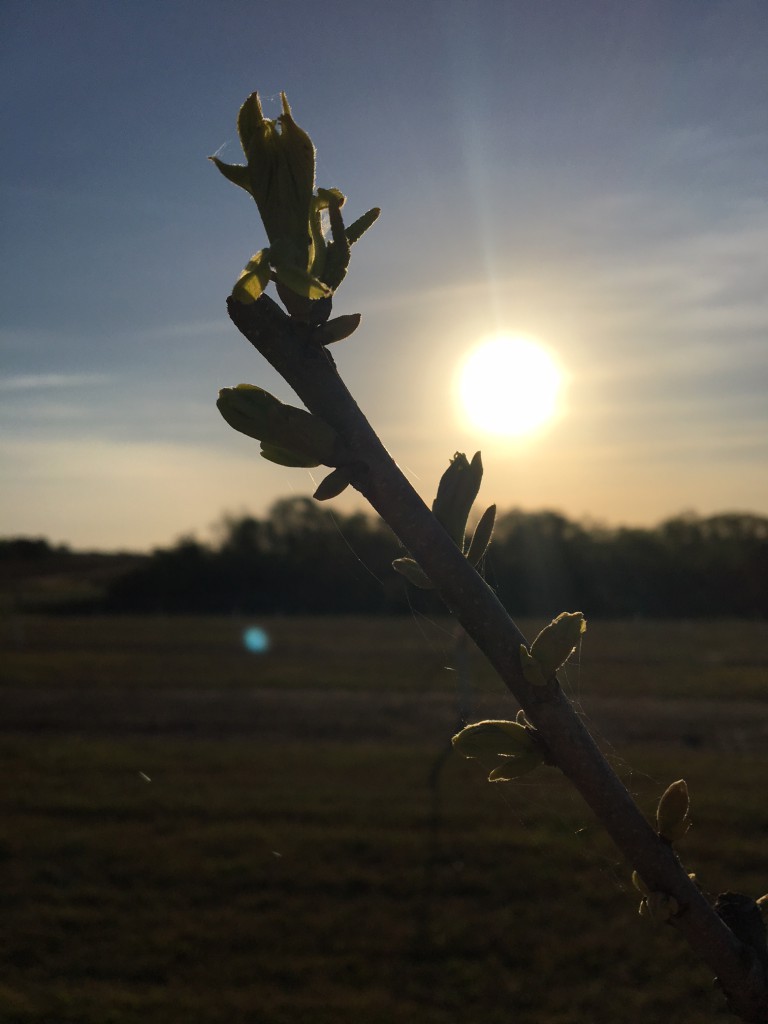 We’ve officially hit budbreak this week in our pecans. This is the same 4-year-old Ellis pecans where we had the pruning clinic. This is the time we start our first fertilizer applications. Managing nitrogen in pecans is meeting to demand periods 1)early foliage growth and 2) kernel filling.

The “rule of thumb” for irrigated, highly managed orchards is to apply 10 lbs of N / acre for every 100 lbs of expected yield. We want to start by putting about 75% at budbreak, and evaluate the crop in June assessing. If it’s a real heavy crop load, then add a little more N in June, and then a little more in August. This August fertilization is helps keep the carbohydrates for budbreak the upcoming year.

This one is much easier. To catch Spring rains, we apply have the N (50 – 75 lbs) in late February or early March and other half in May or June.