Do You See Pecans Falling? 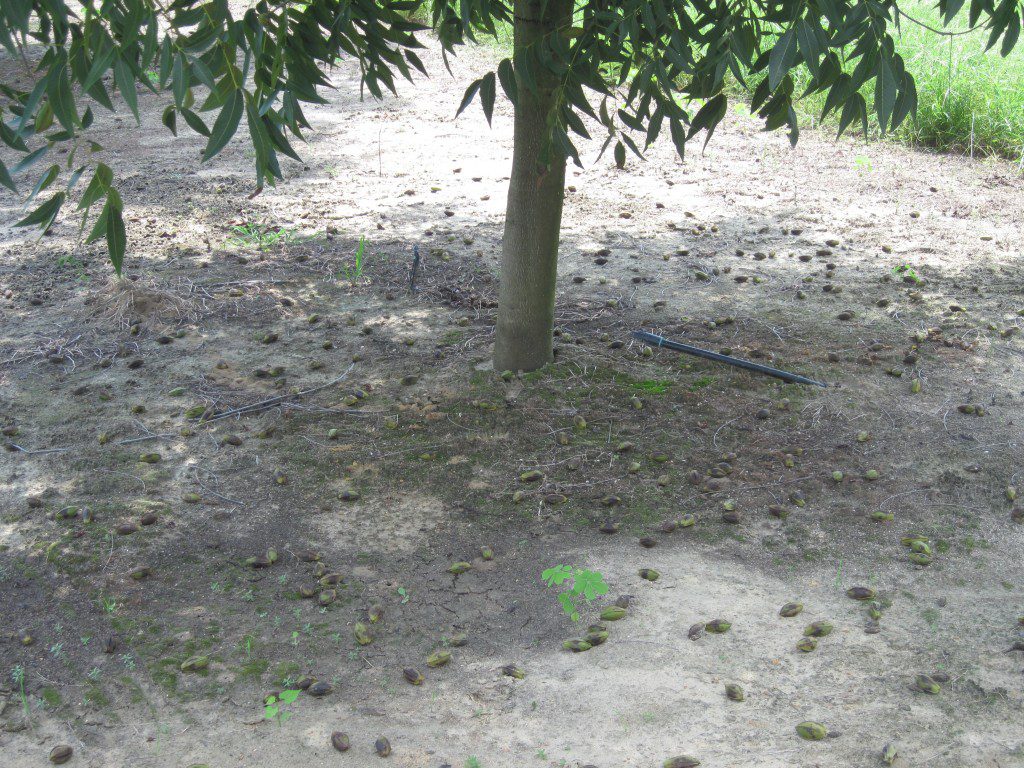 Pecans that have fallen to the ground. 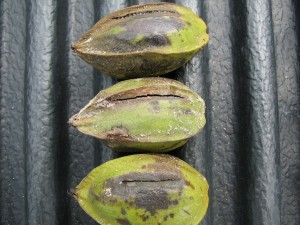 Splitting of the nuts that has occurred with the nut drop. 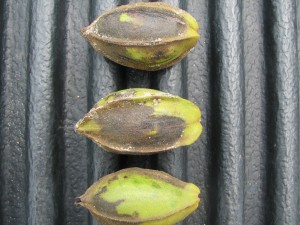 Pecans that have dropped will usually appear stained after a few days.