I don’t think I’ll ever forget Mothers day 2008. I got a phone call from a man that was about to cut some trees at our farm. He said, “Have you ate yet.” I said, “No”. He replied, “Good. Because once you see all the damage on ya’lls land from the tornado, you’ll be sick.” He was right. That weekend Georgia had really bad weather and several tornadoes touched down from Macon to Dublin and around the Swainsboro area. 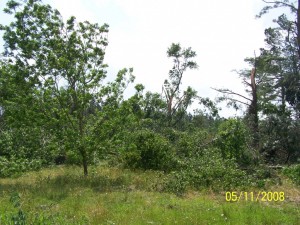 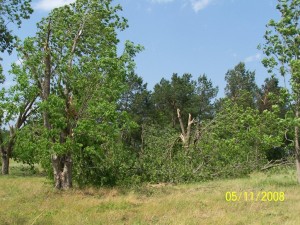 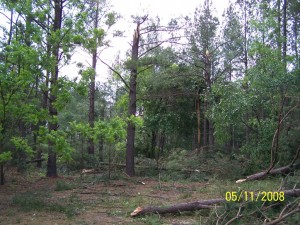 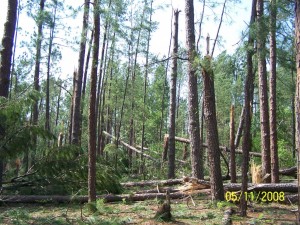 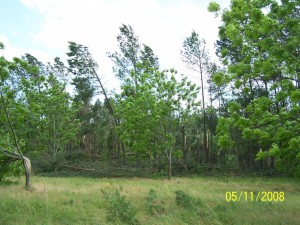 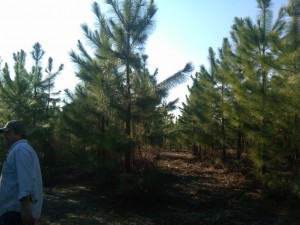 Not to bad for 6 year old slash pines.

But, the 2014 winter storm put more trees on the ground this year 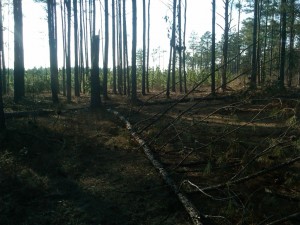 We’re fortunate that the damage wasn’t any worse than it was. We certainly didn’t get hit as bad as some places did. Pine trees were harvested from the 2008 damage and the area was replanted. When you grow pecans and pines, wind is one of the worst enemies you face! We’re lucky that it hasn’t been a total loss, but I’ll be fine if I never have to see this type of damage again!

I went to see a gentleman a few weeks ago to look at some trees that were dying. I’ve seen a lot of things over my career, but I was shocked when a deer walked right up to me while I was looking at the trees! 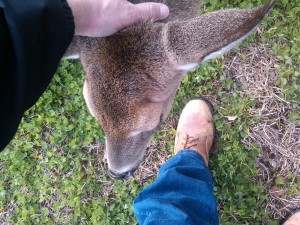 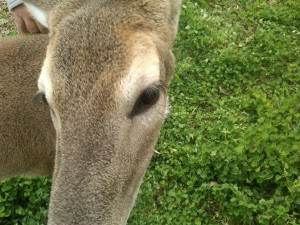 There are numerous strawberry varieties a grower can choose from. In Georgia, we typically have only about 4 that’s regularly planted and the Camarosa is the most popular. Florida and California are always breeding new varieties and sometimes our local growers will try some of the newer varieties. One of the new varieties out of California is Benicia. The two rows on the right in the below picture are Benicia. The other rows are Camarosa. Benicia seems to be a high yielder and has a good taste. So far it’s a variety that fits well in Georgia. 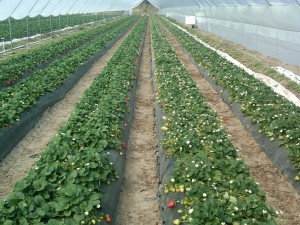 On February 23 I was in Macon, GA heading back from the Atlanta airport. While in Macon I noticed the Cherry blossom trees were already in full bloom. I’m not sure what they will look like for the festival  later in March. 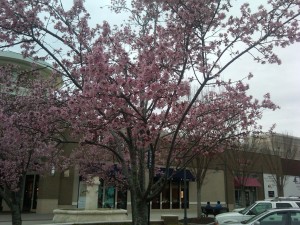 Now, just for a good laugh! 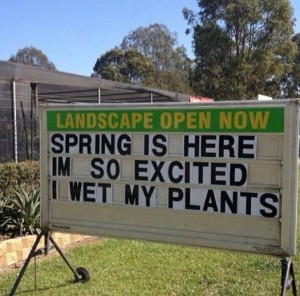