Here’s an excellent discussion of recent solar activity and the grand solar minimum which will be occurring shortly from my friend John Feldt of Blue Water Outlook, who has given me permission to share it.

Solar activity has been rapidly decreasing since around 1980. The current cycle, Solar Cycle 24, has been marked by the lowest activity in over 100 years.

The Maunder Minimum, also known as the “prolonged sunspot minimum”, is the name used for the period starting around 1645 and continuing to about 1715 when sunspots became exceedingly rare.

During the Maunder Minimum, observations revealed fewer than 50 sunspots. This contrasts with the typical 40,000–50,000 sunspots seen in modern times.

Within the Maunder Minimum, the Little Ice Age, between 1350 and 1860, Northern Hemisphere winters were unusually severe and glaciers expanded in extent. 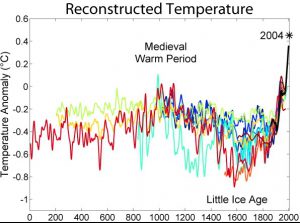 Some solar/atmospheric scientists relate a relationship between reductions in solar activity and periods of global cooling. While global temperatures were still above the historical normal — February global average temperatures were the coolest since February of 2014. 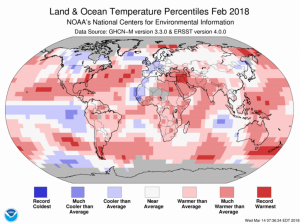 Could this large reduction in solar activity result in a slow down in the decades-long warming trend?

And, as quiet as cycle 24 is, some scientists expect future cycles may be even lower possibly leading to a Grand (Super) Solar Minimum and much harsher winters followed by very short summers perhaps in the 2020 – 2070 time frame. 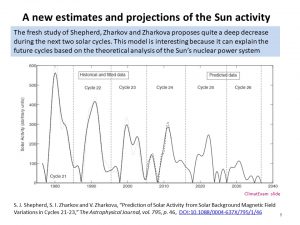 However, there are a number of complications involved in any change to the earth’s weather due to a significant reduction in solar activity. Some include:

– There is only a limited amount of research that shows a direct correlation between a reduction in solar activity and specific impacts on weather. And, there are other studies that downplay any significant linkage.

– A few studies indicate a relationship between low solar activity and an increase in volcanic activity.  This combination could further enhance prospects for cooling. (More on this in the future BWO post).

– Though a new decades-long dip in solar radiation could slow global warming somewhat, it wouldn’t be by much, recent research indicates. And by the end of the incoming cooling period, temperatures would have bounced back from the temporary cool down.

Late this week, with temperatures as much as 20 degrees below normal over parts of the Plains and Midwest, the current reduction in solar activity might pop into mind.

However, while the U.S. will be experiencing significantly-below normal readings (blue), keep in mind that much of the globe will remain above historical normals (red).