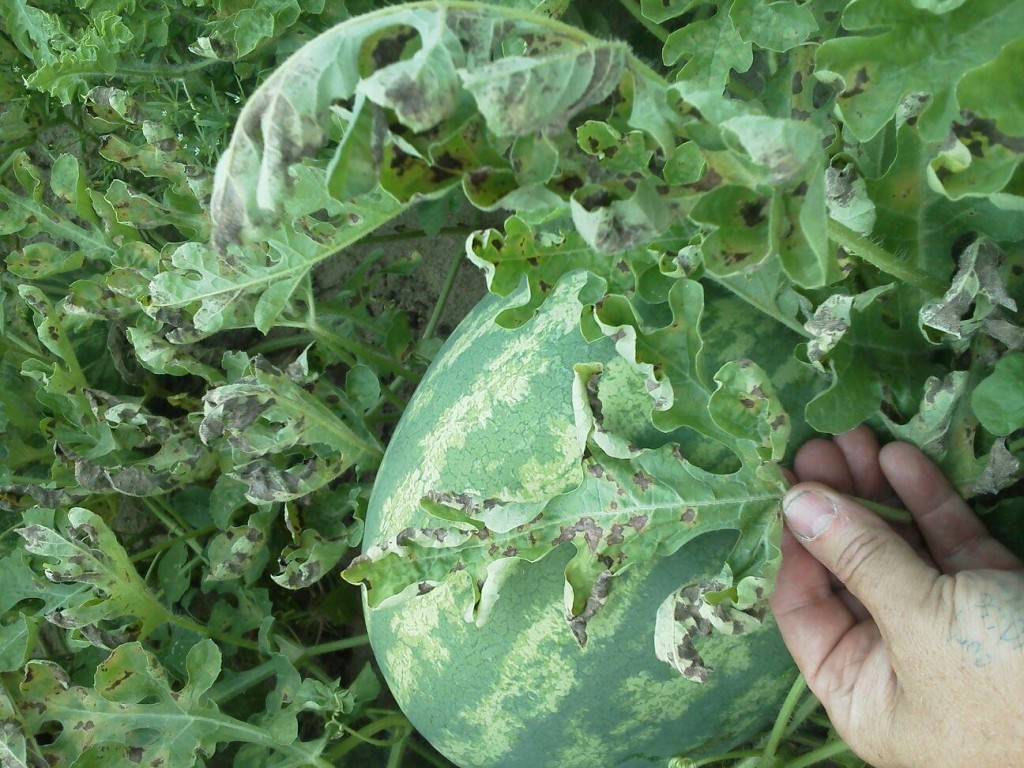 Downy mildew of watermelon has been detected from Sumter County in Georgia (June 10, 2015). These observations indicate that inoculum of downy mildew is currently in GA and under favorable conditions (wet conditions) can be a potential problem in watermelon. I would suggest our watermelon growers to look for the downy mildew symptoms in their fields and start applying protective spray of below stated fungicides.