A flash drought is a severe drought which comes on suddenly, usually through the combination of a near total lack of rainfall and much warmer than normal temperatures. We are seeing a flash drought in the Southeast now, and conditions are rapidly worsening because of the July-like weather. Flash droughts are hard to predict and then often don’t show up very quickly on the Drought Monitor, which has to combine short- and long-term drought impacts into one map for the whole country. Here is a recent article by NOAA on how flash droughts are predicted and identified: https://www.drought.gov/drought/news/predicting-flash-drought. 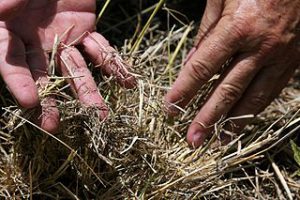