Fog holes over cities in India

Atlas Obscura has a fascinating look at an unusual weather phenomenon–holes in the fog cover that occur over cities in India. A recent study was originally done to see how pollution in those cities affected the formation of fog. But what scientists noticed was that holes in the fog banks occurred in winter as viewed from satellite, and that the size of the hole corresponded to the size of the city. They related the hole formation to the urban heat island, which makes the city warmer than the surrounding area. I have not seen a similar study in the US but it would be interesting to see if it also happens here in widespread fog events. You can read more at https://www.atlasobscura.com/articles/fog-holes-urban-heat-island-delhi. 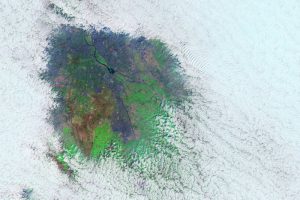