What does an active start to the Atlantic tropical season mean for the rest of the year?

This year’s count of four named systems is about a month ahead of the normal number.  What is even more interesting is that three of the four storms developed in the main Atlantic equatorial corridor and not in the Gulf of Mexico or other points closer to the US, which is not usual.

Weather Underground did some comparisons between years with early starts and years with late starts, and found that there was not a lot of correlation to what happened later in the season.  But since this has been projected to be a fairly active year due to the lack of an El Niño, we are still expecting more storms that average this year.  Of course, the number is less important than where they go, and a year that only has a few, like 1992 for example, can still have devastation if a storm like Hurricane Andrew (an A storm in mid-August, so you know it was a slow year) comes over your region. You can read the full story here. 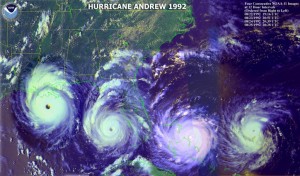