We know from previous experience that large volcanic eruptions like Mount Pinatubo in 1992 can push aerosol droplets high into the atmosphere, reflecting incoming sunlight and causing a cooling effect that can last for several years. A new research report published this week shows that a mysterious eruption that caused global cooling in the 6th century is now know to have occurred in El Salvador. The combination of two eruptions, first one in Iceland or somewhere else in the Northern Hemisphere and the second a few years later in the tropics, combined to leave the skies dark and gloomy, leading to crop losses and famine. Here are a couple of stories on the new discovery.

Atlas Obscura: When a volcano in El Salvador cools down the entire world 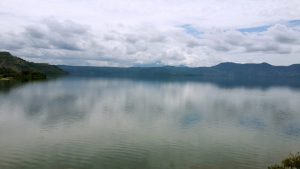