Looks like a wet weekend for most of Georgia, particularly south Georgia, where isolated areas could receive up to six inches of rain.  With the wet conditions already in place, some local flooding is definitely a possibility. 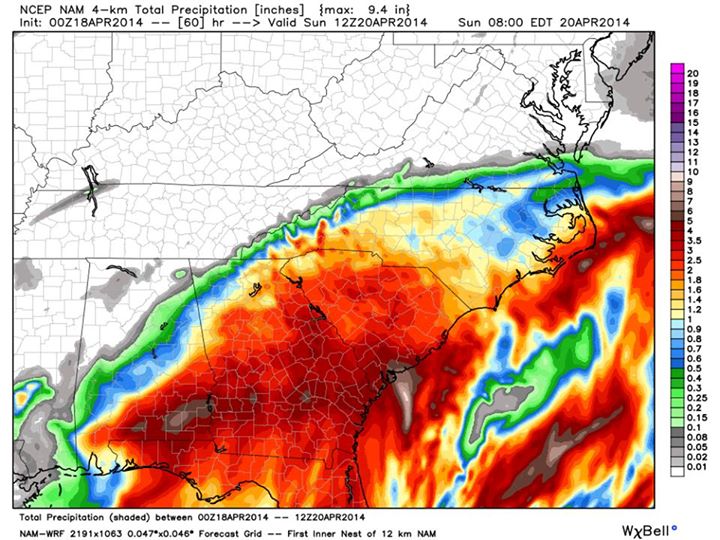 On the longer term, drought is not expected to make an appearance in Georgia for the next few months.  However, drought conditions in the Western US are expected to persist or even get worse.  This will likely lead to increases in produce costs, which could benefit local producers in the Southeast. 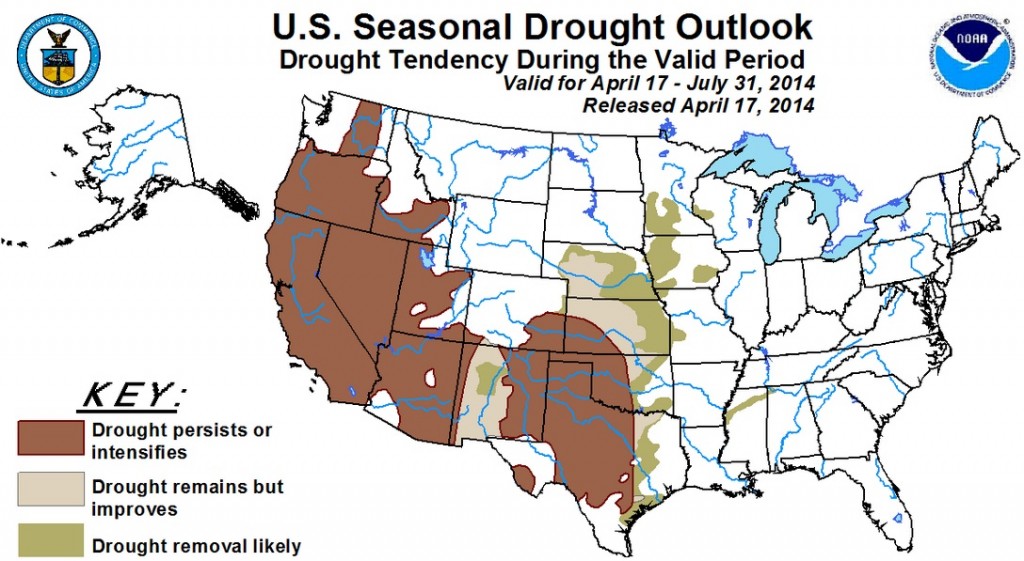