We are still seeing plenty of thrips in our test plots on the UGA Tifton Campus. The progression of the infestation and feeding damage at the Bowen farm is following a predictable pattern. Damage ratings a week ago ranged from 2 to 4.8, and this week ratings ranged from 2.3 to 9 on a 0 to 10 scale.

If you are interested in our rating scale, I am including it below. I think it is very unlikely that anything below a 5 will result in any economic loss under any conditions. Ratings above 5 indicate that there is terminal damage, and that is where we may get some stunting. The scale is not perfect; this week the untreated plots had an average rating of 9 because of the extent of terminal feeding, but the plants were far from dead (rating of 10). It may be useful to revisit the post from 15 May regarding the condition of the plots last week.

Damage ratings this week in trials at 21 days after planting (planted one week later than the Bowen farm) looked very similar to what we saw at Bowen last week when those peanuts were 20 days after plant.

In fields where no at-plant insecticide was used or where thiamethoxam (CruiserMaxx Peanut) seed treatment was used alone, and where thrips damage ratings are in the neighborhood of 2 to 4, a foliar spray could prevent some of the terminal damage that is likely to appear in the next seven days. Before making the decision to spray be sure to confirm that thrips are still present in the field. The first pair of pictures below show differences in growth between non-treated and treated plots both at 29 days after planting. The second pair of pictures show how the damage changed in a non-treated plot from 20 to 29 days after planting. 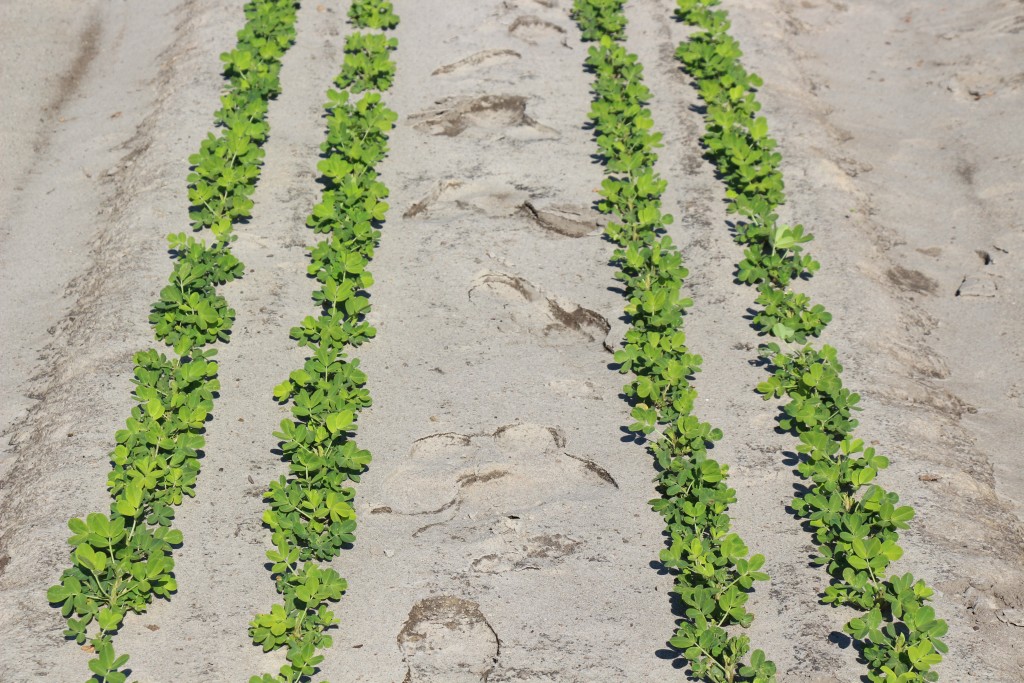 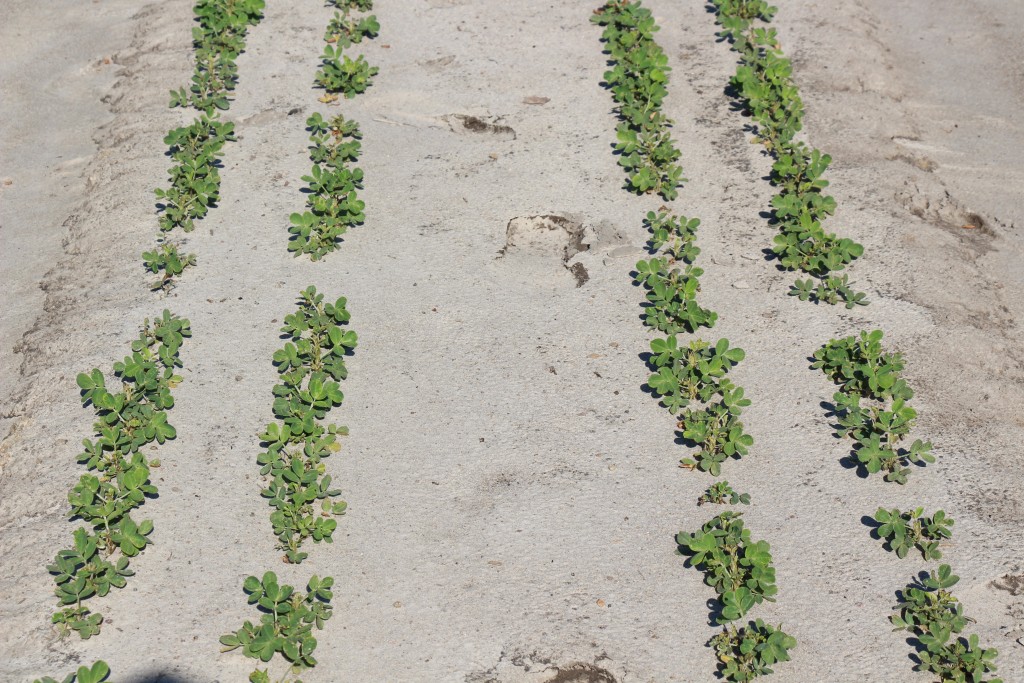 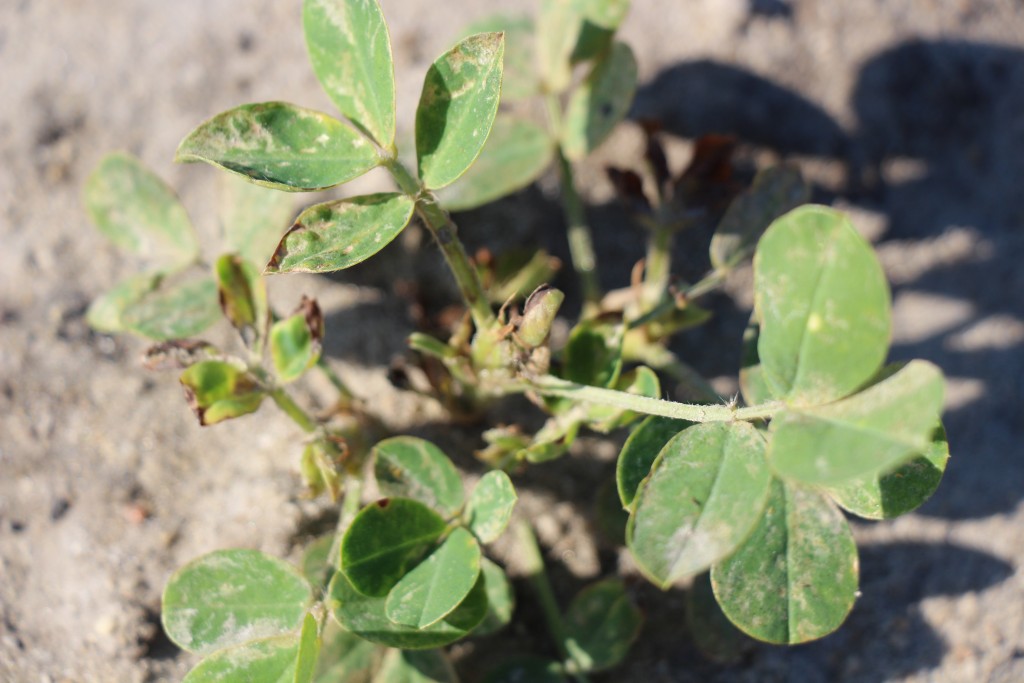 Thrips injury to non-treated peanut at 29 days after planting. 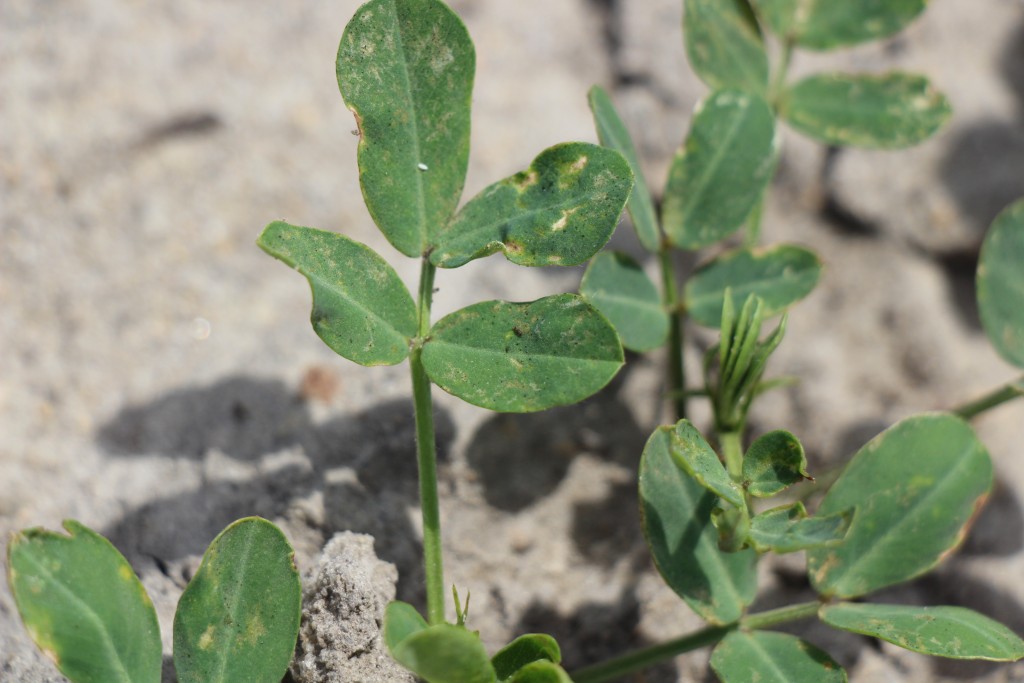 Thrips injury to non-treated peanut  at 20 days after planting.