Messaging is an important part of how weather risks, climate science and changing climate are communicated to the public. But it can be hard to pick the most effective way to communicate these messages. A recent survey of residents of coastal South Florida shows that it can be difficult to get homeowners to recognize how rising sea levels will affect their homes in the future. In the survey some of the residents were shown maps indicating where their properties were with respect to the water. Surprisingly, the scientists found that those who had viewed the maps were, on average, less likely to say they believed that climate change was taking place than those who had not seen the maps. You can read more about the survey and the conclusions drawn from the results at MarketWatch here. 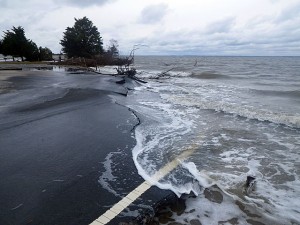