Even though Georgia is not one of the top ten pumpkin producing states, we still have about 900 acres in pumpkin production each year. I was interested to read this article in Morning Ag Clips describing pumpkin production in the state. I learned that most pumpkins are grown in the northern part of the state where it is cooler and there is less disease pressure. You can read more at https://www.morningagclips.com/pumpkins-are-for-carving-eating-and-decorating/.

Illinois is the top state for pumpkin production in the United States. According to this article in Farm Progress, pumpkin harvest there has been behind average this year because it was so wet in spring that producers could not get out into the fields to do their planting. But happily for them, yields this year are expected to be above average, which I hope will lead to lots of pumpkin pies in the near future. 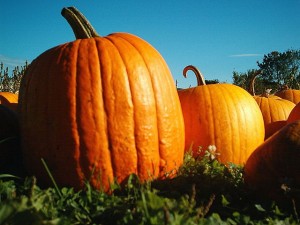