A wintertime megaflood in California could turn out to be the worst natural disaster in U.S. history by far, and we are making it much more likely, according to an alarming study published this week in Nature Climate Change and described by Eric Holthaus in Grist.org in late April. This could be the first trillion-dollar weather disaster in history. According to the Grist article, “The odds are good that such a flood will happen in the next 40 years, the study says. By the end of the century, it’s a near certainty. (And then another one hits, and another — three such storms are possible by 2100). By juicing the atmosphere, extreme West Coast rainstorms will happen at five times their historical rate, if humanity continues on roughly a business-as-usual path, the new research predicts.” And this isn’t even the worst case scenario. You can read more at https://grist.org/article/californias-next-megaflood-would-be-worse-than-eight-hurricane-katrinas/. 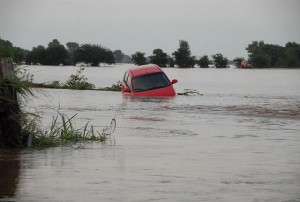