Birds expand or move their ranges under changing climate

Two articles this week described changes in the ranges of birds due to changes in climate, which can impact the range of food supplies and nesting material.  In Watt’s Up With That, guest bloggers Pat Michaels and Chip Knappenberger described the movement of songbirds such as the Eastern bluebird to new locations farther north, expanding out from their original range.  In Earth Gauge, the article discussed the movement of gray jays to more northern locations or higher elevations to prevent the spoiling of food supplies which they were stashing away for the winter due to warmer conditions. 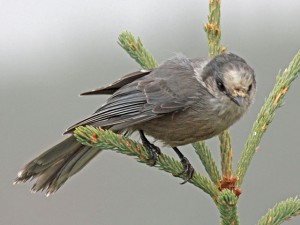