National Public Radio broadcast a story today about problems some California citizens are having with their wells, which they blame on pumping at farms close to their houses.  These people, many of them retirees or farm workers on limited incomes living in areas not served by public water supplies, depend on their wells to provide them with water.  However, due to the extended drought in California, which has lasted three plus years, their pumps are now bringing up sand rather than water.  At the same time, they note, nearby farmers are pumping large quantities of water to save their crops, drawing down already stressed groundwater supplies.  Legally, the farmers have the right to dig wells to provide needed water, but limits may be considered if the current exceptional drought continues.  You can listen to the story and read a synopsis here. 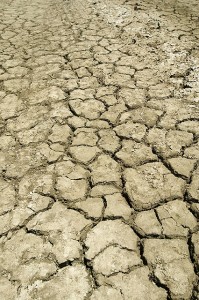 Meanwhile, an article on OpedNews.com describes how people far away from centers of commerce are being affected by industrial and agricultural practices in other countries.  A Nepalese woman testified that they are experiencing changes in their local climate which may be attributed to changes in atmospheric circulation related to increases in carbon dioxide and other greenhouse gases.