David Zierden, the Florida State Climatologist, provides this commentary on the weather we have experienced this summer:

A new study came out this week in the proceeding of the National Academy of Sciences showing a connection between the rapidly warming Arctic and persistent wave patterns in the middle atmosphere that guide and position weather systems like warm and dry air masses, fronts, and low pressure systems. Rather than link to the very technical article, here is a good summary of the findings from Andy Freedman at Mashable: 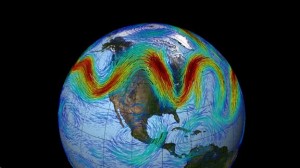 In our Tri-State meeting last year, I introduced the concept that “Arctic Amplification” may be impacting the behavior of the jet streams and causing more persistent weather extremes down here in the mid-latitudes. Jennifer Francis at Rutgers University was the first to put forth this theory in a 2012 publication.

The new study adds further support to this theory and shows that these changes in wave patterns may be more pronounced in the summer months. The authors found that some planetary wave patterns have become more amplified (larger ridges and troughs) and more likely to be nearly stationary since around the year 2000.  It is these waves that drive weather systems at the surface like air masses, fronts, and low pressure systems.  With these patterns more stationary or persistent, it can lead to more extreme events like heat waves, droughts, extreme rainfall, and floods.

The Tri-State Group is fairly convinced that this area is experiencing more extreme rain events in the past decade or two. Research from Dan Dourte has shown us that the big events of near 6 inches are becoming more common, and even the U.S. National Climate Assessment shows that large events are becoming more extreme. This theory of the Arctic connection to mid-latitudes could tie it all together with climate change and increasing CO2 levels.

Here’s a list of recent events that could have been influenced by this mechanism:

Caution!!! This is still more of a theory than a proven fact and will take a heap more study to understand. The observed changes in planetary waves is very small, and just because it is coincident with the warming in the Arctic does not prove a cause and effect.

There is also a lot known about how the tropics drive atmospheric circulation and wave patterns, so can the Arctic really have an influence over and beyond the tropics? And how does this mechanism work with or against known climate oscillations like El Nino/La Nina, the AMO, and the PDO? Stay tuned, it is a fascinating idea!

I would love to hear comments on your impression of changing weather patterns and if we have been more prone to being “stuck” in one pattern or another in recent years.