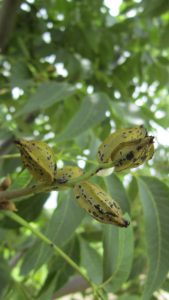 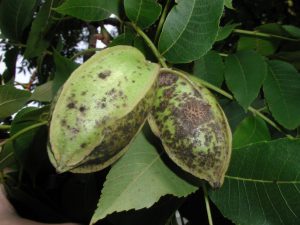 If nothing else, 2018 has been a wet year. As far as nut scab is concerned, the frequency of rainfall really starts to matter in June and its importance continues on through the rest of the season until shell hardening occurs (or shortly after shell hardening if you grow a scab susceptible variety). During years in which we get frequent rains, we have to spray—a lot in some cases—to control scab. This quickly cuts into profit potential. 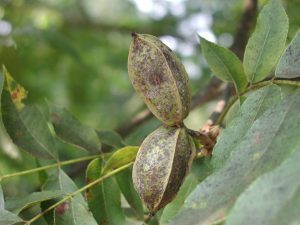