Things to Consider as Harvest Draws Near 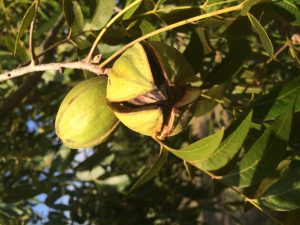 Pawnees are being harvested this week and many other varieties are experiencing shuck split. I have seen Elliott, Oconee, Caddo, Creek, and Excel opening this week as expected. This means that these varieties will likely be ready for harvest in 2-3 weeks where we are now seeing shuck split. Also, surprisingly we are seeing shuck split begin on Cape Fear and even Stuart, although Stuart is notorious for having a few nuts on which the shucks split, then they slow down and a few more open in a couple of weeks. I still think we are about a week later than last year’s harvest. 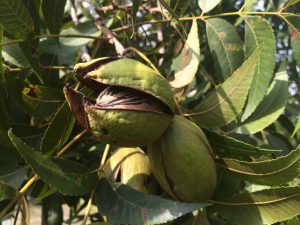 It appears that we probably won’t see a repeat of the problems we saw on Oconee last year, at least not as severe as it was last season. I have cut many Oconee nuts throughout the state and have not seen any of the bad, gooey kernels characteristic of last year’s Oconee crop. They seem to be well sized and filled out nicely. 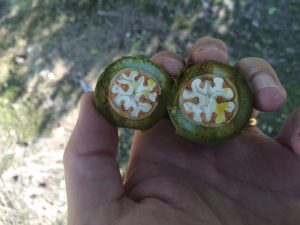