Warmer oceans are causing problems for fishing industries around the world

Sea surface temperatures are rising due to the trapping of heat in the atmosphere caused by burning of fossil fuels and the increase in greenhouse gases. I’ve seen several articles recently which describe how the warmer oceans is hurting commercial fishing around the world. It is to be expected that as the oceans warm more, fishing in the Southeast will already be increasingly affected, leading to economic hardship in coastal areas.

Washington Post: A crisis in the water is decimating this once-booming fishing town (in Angola) 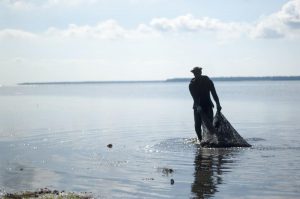