NOAA: Second warmest August and June-August for the globe in 2019

NOAA released their latest global climate summary earlier this week. It shows that the earth as a whole tied for its second warmest August ever, after the record warm year in 2016. The summer June through August period was also the second warmest after 2016, and the year to date was the third warmest on record since global records were first calculated in 1880. The five warmest summers on record have all been in the past five years. You can read more at https://www.ncei.noaa.gov/news/global-climate-201908. Note that there are very few places on earth that are below the long-term average at this point. 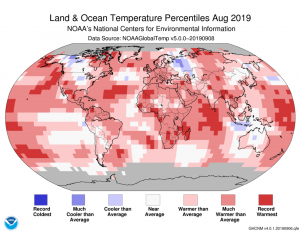 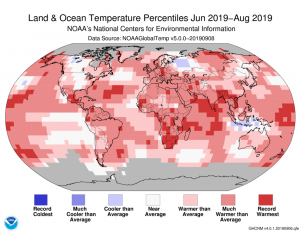 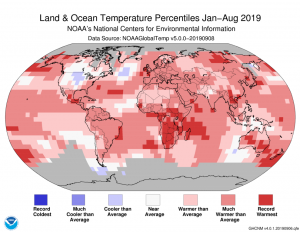