We are seeing some bud break, and as much as 1.5 inch growth, out there in early-breaking cultivars (Chardonnay, Merlot) across Cleveland and Dahlonega.  This is perhaps also true in Blanc du Bois in Bremen / Carrolton area as well as the southern region. I am also hearing reports of some bud swell occurring in early-breaking cultivars in relatively cooler regions such as those in Ellijay, Tiger, Young Harris, and the mountain regions of western NC. 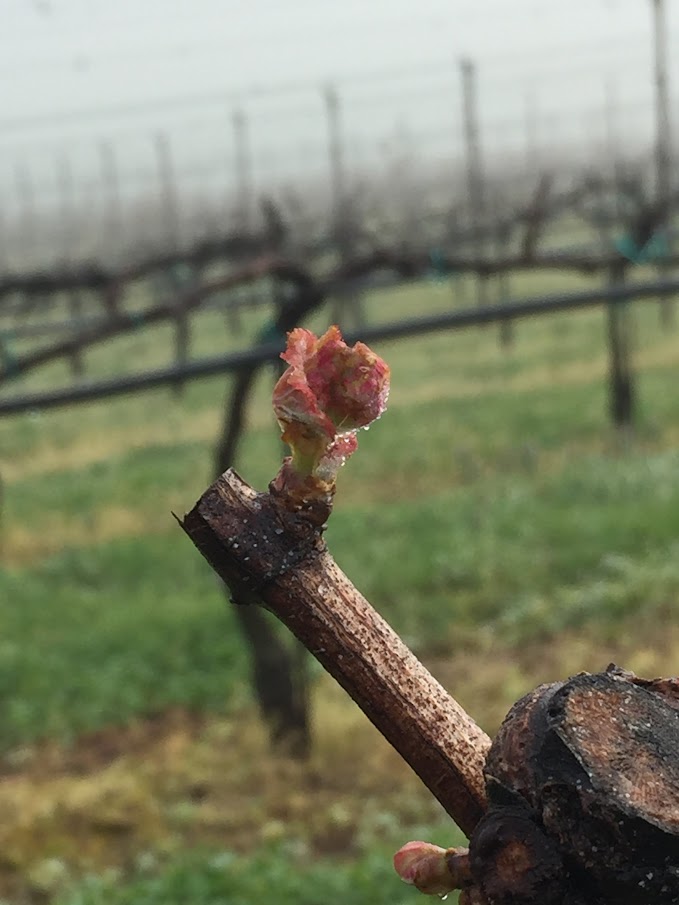 I have also heard anecdotal reports that delayed pruning efforts are generally effective in suppressing basal bud break in the Cleveland and Dahlonega regions. This is good to hear. And the result will hopefully be avoidance of frost injury on those basal buds, which will be retained when the final prune is made on cordon trained/spur pruned vines.

Some cold weather is approaching tomorrow morning from roughly 4 AM to 9 AM, and also early in the mornings of the forthcoming Sunday and Wednesday.  As far as I can tell, it looks like tomorrow will be a radiation frost event and the Sunday/Tuesday events will be advective freeze events.

I am not going to re-hash all the different frost protection situations – I have already done this two weeks ago.  This can be found here:

Here we go yet again…

… I sincerely wish everyone the very best of luck in making it through these cold weather patterns without experiencing frost injury.