NOAA: October 2019 the second warmest on record for the globe

The latest global climate summary from NOAA was released today for October 2019. It shows that the month was the second warmest since global records began in 1880, after October 2015. The January through October period was also the second warmest on record after 2016. Note that the western US was a huge anomaly, one of the few places on earth with significantly colder than normal temperatures. By comparison, Alaska was several degrees above normal. Climatologists are looking into whether the relatively ice-free western Arctic Ocean might have helped set up the weather pattern that made this occur. You can read more at https://www.ncei.noaa.gov/news/global-climate-201910. 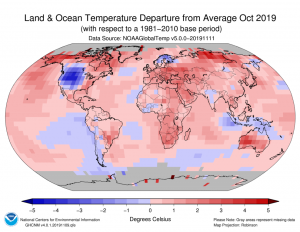 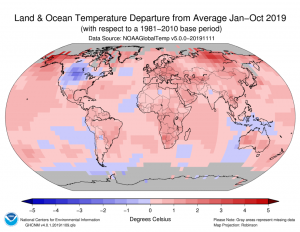 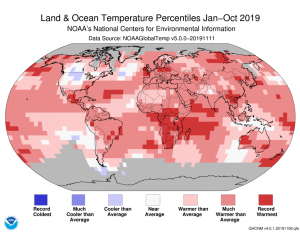