Inside Climate News: The History of Ancient Hurricanes is Written in Sand and Mud

Historical records of hurricanes only go back a few hundred years and are captured mainly in places where people lived in coastal areas. How do climatologists learn about hurricanes which occurred before humans were there to record their occurrence? It turns out that hurricanes leave recognizable patterns of mud and sand deposits in coastal areas from storm surges that overtop barrier islands and move into marsh areas. Here is an interesting story from Inside Climate News describing how these deposits are studied and what they tell us about land-falling hurricanes that occurred before historical records began. You can read it here. 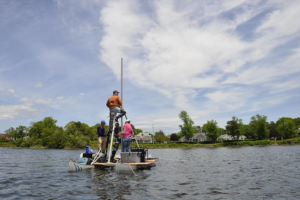