Because of the dry conditions across a lot of the Southeast in September, many stations in the region reported their highest ever average maximum temperature for the month, according to maps from the Southeast Regional Climate Center’s Perspectives tool (https://sercc.com/perspectives). Minimum temperatures were also ranked in the top five at many places but almost none were the warmest min temperatures, so the average temperatures in most cases did not set new records for the month. Precipitation values at many stations were also ranked in the top five driest in many places, but because there can be multiple zeros for completely dry months, it is a little harder to assess what that ranking actually means, other than that it was exceedingly dry. You can use the link above to try it out for your own area or get statistics on a particular station. 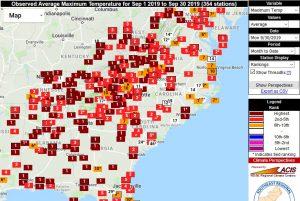 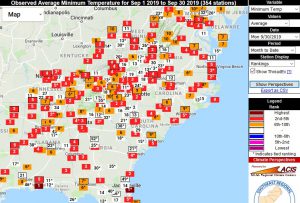 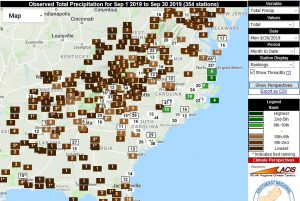